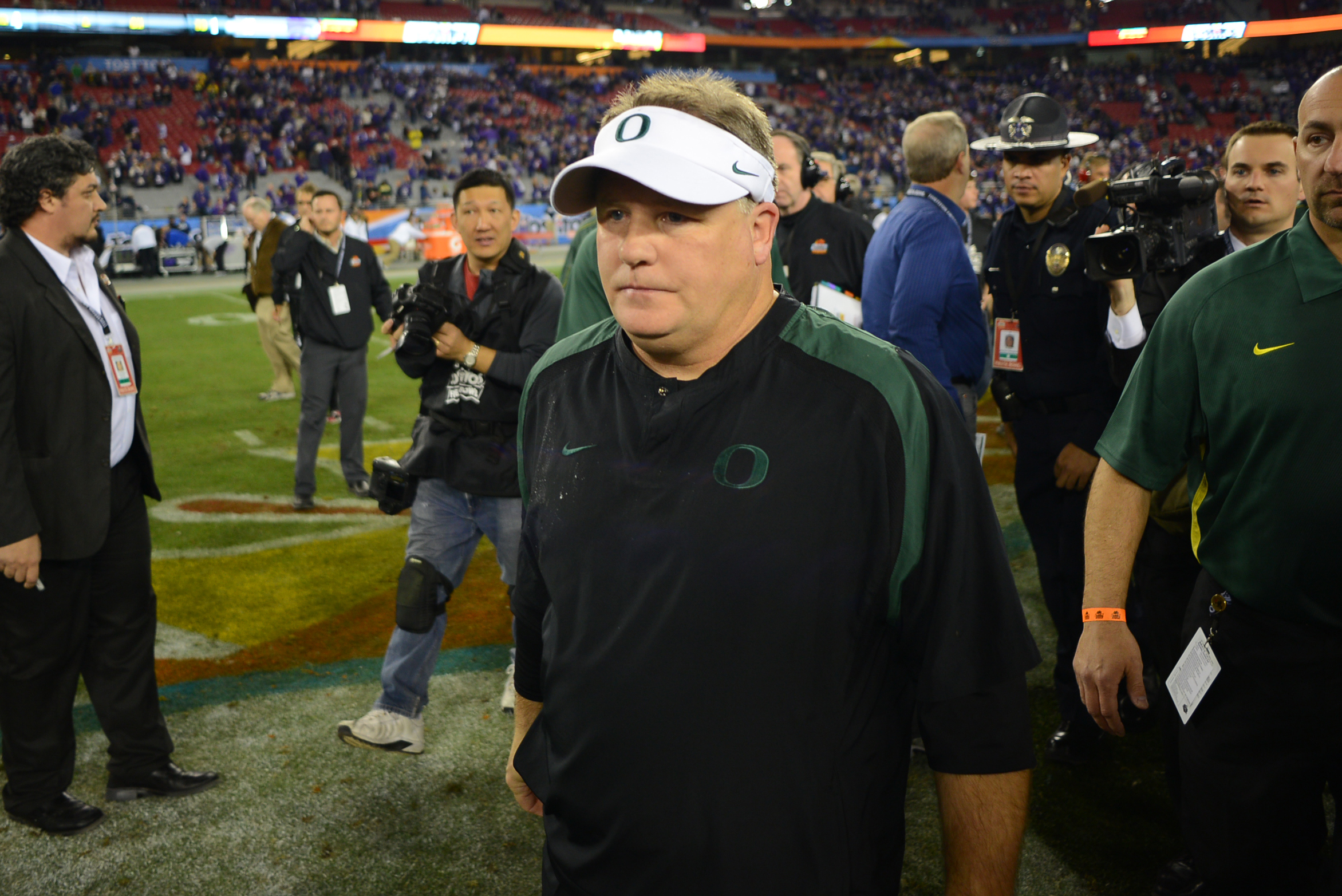 The hottest and most talked about name here in Phoenix over the last week spent more time answering, deflecting, and at times almost ignoring reporters inquiries regarding his possible jump to the NFL after leading the Ducks to their twelfth win (12-1, 8-1) of the season. Media members from around the country, including Philadelphia, pelted Kelly with questions about his future.

“I was getting my haircut Wednesday and I saw my name at the bottom of ESPN which I thought was funny since I haven’t talked to any [NFL teams],” Kelly deadpanned to the assembled media. “I’ve always said I’ll listen. That’s what I’ll do.”

Kelly, who has risen from an unknown offensive coordinator in Eugene to somewhat of a folk hero in the northwest, left University of Phoenix Stadium field to chants from the Oregon fans to stay.

“I think it just really for me reaffirms what this place is all about,” he said. “It’s a special place with special people. They accepted me six years ago when I was at New Hampshire. Not many people knew about me. They gave me an opportunity to come here. It really means a lot.”

Starting Friday morning Kelly will meet with his agent David Dunn and look into the opportunities presented to possibly jump to the next level.

His resume at Oregon is sparkling with an overall record of 46-7 following Thursday’s win over the Wildcats. He’s 33-3 in Pac-12 play and has now guided the Ducks to consecutive BCS victories after defeating Wisconsin in the Rose Bowl last year. His .926 league winning percentage is the highest in conference history.

Regardless of where Kelly is coaching next fall he’s left a lasting impression on his Oregon players.

“He means everything,” departing senior running back Kenyon Barner said. “Without him I wouldn’t be the [player] that I am. Sitting with him in meeting rooms is a lot different than sitting in any other meeting room that I’ve ever been in because it’s not just about football, it’s about life. He teaches you life lessons as a man, so he means a lot to me.”

The 49-year old will reportedly interview with the Bills and Browns Friday in Phoenix. The Eagles have also been mentioned as a possible destination.