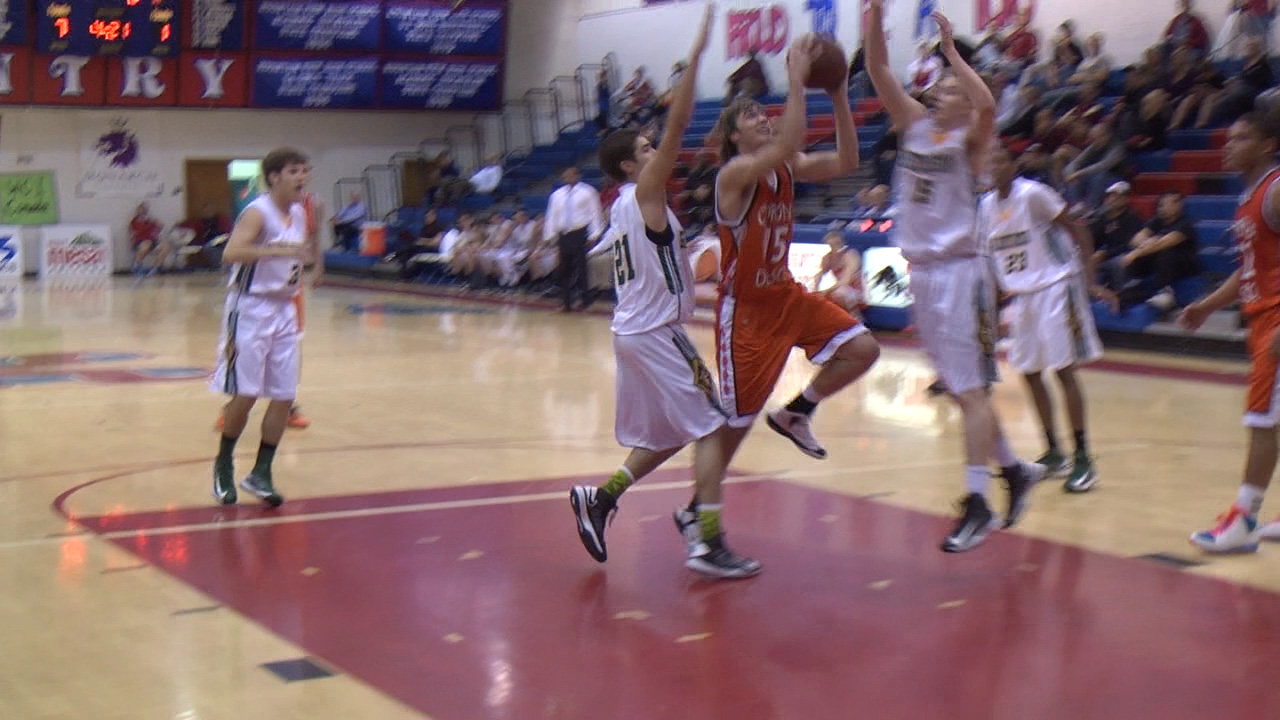 Point guard Casey Benson is a hot commodity right now in the college basketball circuit, and he’s not even through his junior year at Corona del Sol High School.

Benson has no less than 17 schools that have him on their radar. Ten of those schools have already offered him a scholarship to come and play for them.

One of those ten teams is Arizona State.

Benson talked about the Sun Devil program and what he’s seeing from them so far.

“Obviously this year they’re having a great start to the season and look to be back in the running for the Pac-12,” Benson said. “They’re going in the right direction I think.”

One of the main reasons why Arizona State has started off so well is because of the strong play of freshman point guard Jahii Carson.

Carson is leading the Sun Devils in scoring, averaging almost 18 points per game. He’s also leading the team in assists and in minutes played.

“For sure, he’s obviously playing tremendous [basketball] right now,” Benson said. “Obviously one of the best freshmen in the Pac-12.”

Benson says he looks at Carson along with other point guards in college and he sees things in his game that he needs to work on before he gets to that next level.

“I’m always working on getting stronger and quicker,” Benson said. “Obviously when you get to the next level, there’s guys who are a lot bigger than I am right now, so that’s one thing I’m really focusing on right now, my speed, my quickness and my strength.”

Benson is obviously off the official visit market for colleges right now because he’s in the middle of the season, but he did tell me exactly what he’s looking for in a college.

“Just a school that’s the right fit for me,” Benson said. “When I do take those visits, how well I connect with the coaching staff, the players and people I come into contact with.”

Of course with nearly 20 schools with their eye on him, combined with the fact that he’s just a junior, Benson says he’s open to “different options,” as far as where he’ll start his college career.

For Benson, that decision can sit on the back burner, but when asked if staying home and playing for Coach Herb Sendek and the Sun Devils is an option in the future, he surely didn’t say no.

“For sure, playing in your hometown would be awesome,” Benson said. “Playing in state would be an awesome opportunity.”

As for now, Benson has his mind on Aztec basketball and leading his team toward another state championship.

“I’m always working on becoming a leader to my teammates and to everyone,” Benson said. “I just want to help my team win as many games as possible and that’s the main thing that matters to me.”