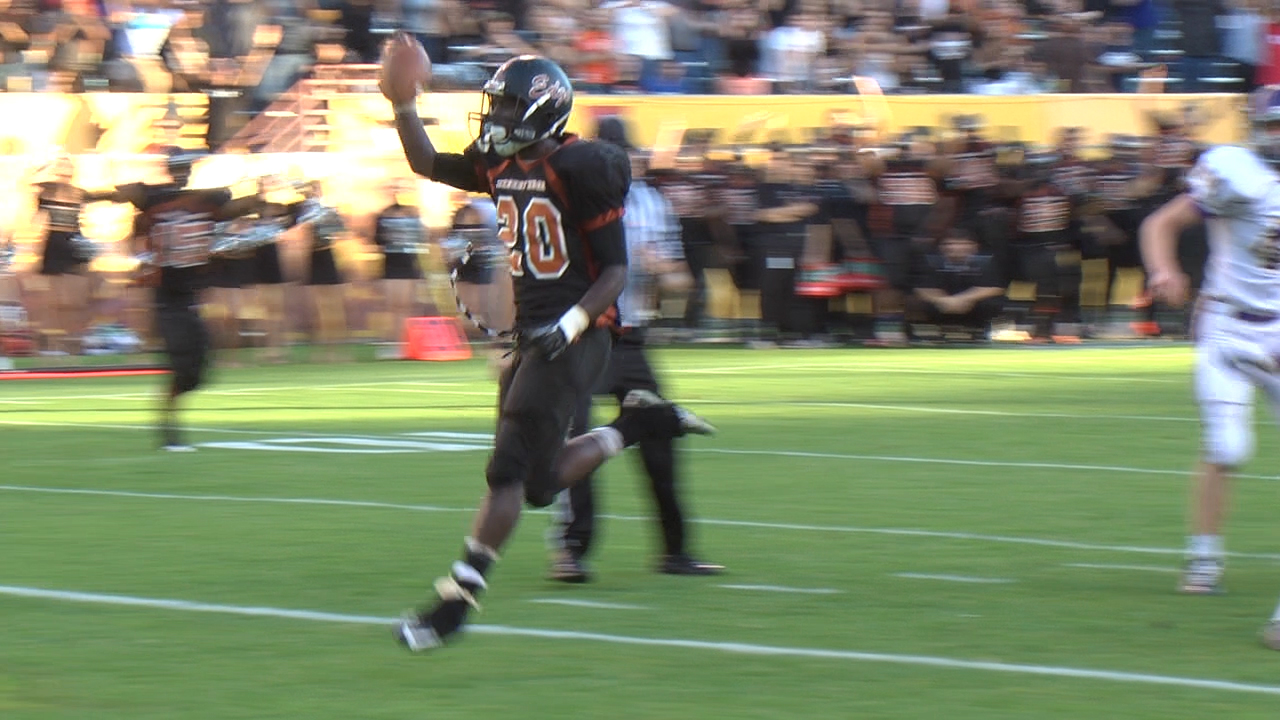 The Desert Edge Scorpions had a great season, going 13-1 and ending up in the Division III title game.

Even though they fell 9-7 to Queen Creek in the final, senior running back/defensive back Kyle Woolard thought it was a solid final season for him and his team.

“The season was a success of course,” Woolard said. “You kind of want to win that one at the end, but sometimes the ball bounces your way and sometimes it doesn’t.”

Woolard was a major part of the team’s success this season, especially on the offensive front.

To show how important he was to the Scorpions, the second leading rusher – Demetrius Murray – had 432 yards rushing, while quarterback Sawyer Lung was second on the team in touchdowns with nine.

You don’t get those kind of numbers without hard work, dedication and sacrifice, which are all things that Woolard embraced from the first day he stepped on the field at Desert Edge until now.

“Hard work pays off,” Woolard said. “Coach [Wellbrock] has us in the weight room every day after school, and when you work at it, you’ll get a 13-1 season.”

Woolard said hard work pays off, and for him it has, as he’s set to make some college visits in January.

“One to San Jose [State], one to Montana, one to NAU and one to Fort Hays State,” Woolard said.

Woolard said Arizona State and University of Arizona have both contacted him and sent him letters, but neither school has made him a formal offer.

For now, Woolard is set to go to Flagstaff, Ariz., California, Nevada and Kansas on these January trips, but to him it doesn’t matter if he stays in state or not.

“It doesn’t really bother me,” Woolard said. “Just somewhere where I could go fit in, potentially play my freshman year as a true freshman.”

“That’s the things I look at going through this recruiting process,” Woolard said.

Besides the athletic end of things, Woolard knows the primary reason why he’ll be attending college is to get his education.

Athletics are good, but having an education is priceless.

“Of course it’s academics,” Woolard said. “You know you’re not gonna get anywhere without that.”

Woolard says he’s still deciding what his major will be, but he is decided on one thing: he wants to play in the NFL once he’s done with his schooling.

He’s not naive enough to think he’ll be instantly ready for the rigors of pro football.

“I just got to get smarter on the field and off the field,” Woolard said. “I do some stupid things, we all do as kids, just staying focused is the key.”