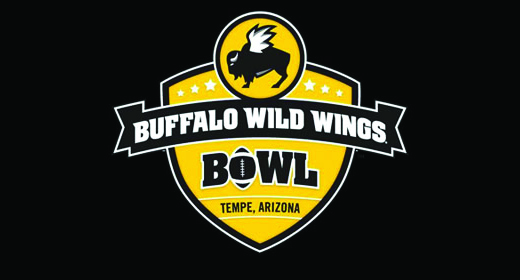 Now both are reaping the rewards of each one’s faith and loyalty.

Hours after the junior college sophomore cornerback was embarrassed by future Heisman Trophy winner Robert Griffin III in Baylor’s 50-48 upset of the Horned Frogs on ESPN in September of 2011, Verrett had had enough. He wanted out. He was ready to transfer to another school closer to his northern California home or possibly give up football altogether.

Today as he prepares for Michigan State in Saturday’s Buffalo Wild Wings Bowl in Tempe, he’s a First-Team All-American on the Big 12’s best defense.

As the story goes Patterson warned Verrett of the Bears high-powered offense with RGIII, Tennessee Titans wide receiver and first-round pick Kendall Wright, and fellow likely future first-rounder Terrance Williams leading up to the game. Verrett, at the time, shrugged it off but after the game it was no laughing matter.

“He’s sitting in a situation where [he] didn’t want to come out of his room, [didn’t want to] do this anymore,” Patterson said at TCU media day Thursday morning. “Just goes to show if you recruit good people, kids will fight through things. He’s a success story you can tell everybody about. It’s been a lot of fun.”

Calling the Verrett’s junior season a success could be an understatement. His six interceptions and 14 passes defended led the Big 12 as the young Frogs slowly developed into the league’s top statistical defense this year.

He’s taking his All-American status in stride and with a level head moving forward.

“It’s a true honor and a great accomplishment,” Verrett explained Thursday. “But I’ve always felt I can get better at some things. I thank my teammates for the great season they had and of course the defensive line…I’m just happy for the way things are going.”

Verrett has also also developed into a quiet, but steady leader in the secondary and mentor for other defensive players, including sophomore Kevin White who starts at the opposite cornerback position.

“He works hard,” White said. “That’s one thing I’ve taken away from him. The game [against Baylor last year], he took a lot of heat, but he’s had a really great year this year. I’m going to try to take what he did from last off-season to this year and apply it to myself and try to have a great year like him next year.”

For now both players are solely focused on the Spartans Saturday night at Sun Devil Stadium.