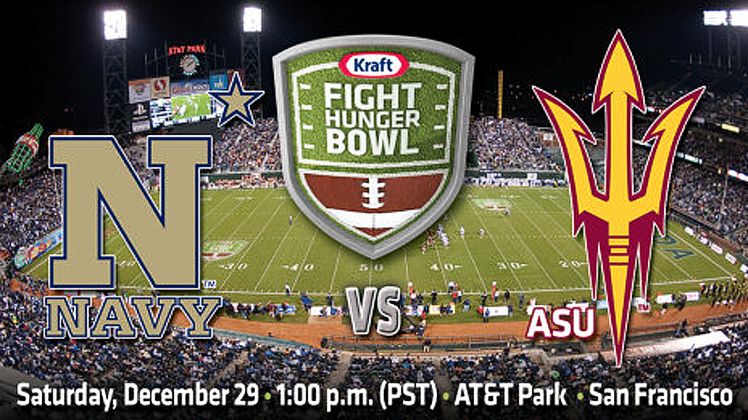 After a lot of speculation about who they’d play in their 2012 bowl game, the Sun Devils finally know who, what, where and when.

The who is Navy. The what is the Kraft Fight Hunger Bowl. The where is AT&T Park in San Francisco, Calif., and the when is Dec. 29 at 2pm Arizona time.

This will be the first time the Sun Devils and Midshipmen will have ever done battle together on the football field, so it should be an exciting matchup.

“[I’m] very excited to have the honor of competing against one of the academies,” head coach Todd Graham said following Sunday’s practice. “I’ve competed against the Naval Academy several times, and I can tell you, they’ll be a formidable opponent.”

Graham believes the opportunity to play in San Francisco, Calif., is great from a recruiting standpoint because it allows him and his coaching staff to get some recruiting in while they’re there.

Graham also made note of the near twenty-thousand ASU alumni in the Bay Area, which should do wonders for the game’s attendance as well as the team’s motivation that day.

The Sun Devil defense will have it’s hands full against a very tough Navy offense that averages 286 yards rushing per game.

“You can’t underestimate their abilities,” Graham said. “They’re very fierce, they’re very disciplined, they’re very tough, and they do a great job of executing their system and scheme.”

Graham said the team has been working on trying to simulate Navy’s offense, which is very tough to do, but he believes it can be done, especially with a few more weeks of preparation.

“I think we have a pretty good idea how to do it, still not very easy,” Graham said. “The blocking, and how they go about blocking, it’s a difficult scheme.”

California native and tight end Chris Coyle is relishing the chance to go back to his home state and do some damage to the Midshipmen defense.

Coyle said Army, Navy, and Air Force were three of his “top options” coming out of high school, yet he chose Arizona State over them.

“We know they’re a really tough team,” Coyle said. “They got engines that don’t stop, they’re gonna keep going until the whistle on every single play. We just gotta go out there, play our football, and maintain our tempo.” 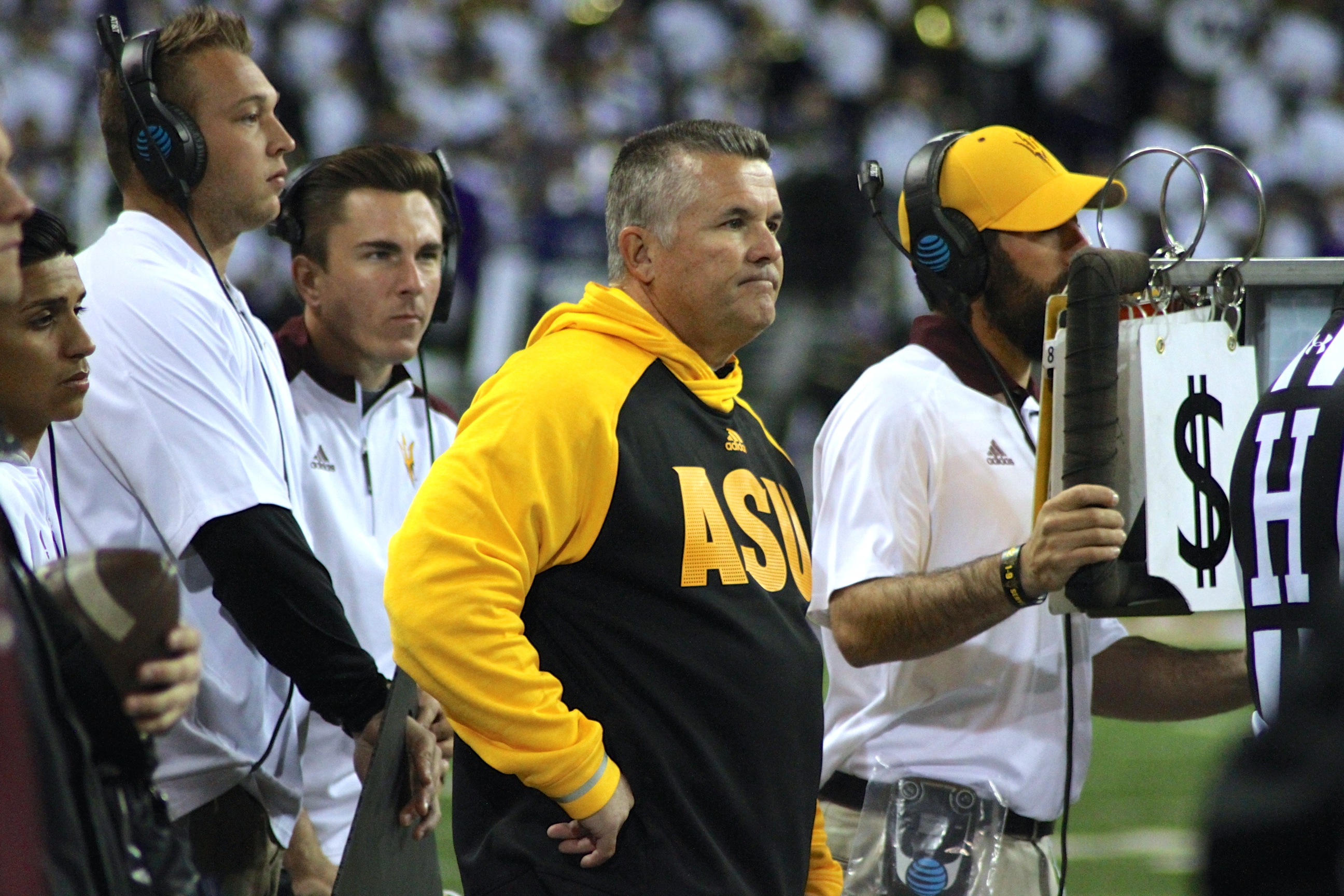