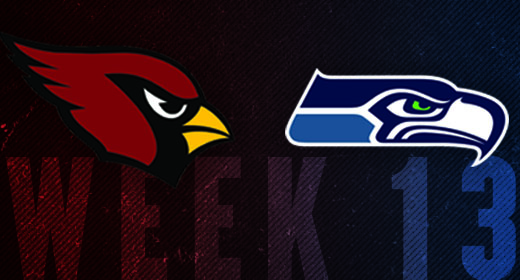 Just when you thought Ken Whisenhunt was done shuffling his quarterback cards, the Cardinals announce today that John Skelton will get the start against a playoff-hopefull Seattle Seahawks.

John Skelton started the season-opener against the Seahawks at University of Phoenix Stadium.

Between then and now Skelton, Kevin Kolb, and Ryan Lindley have all taken turns running the offense with less than favorable to mildly favorable results.

Whisenhunt made the announcement after Wednesday’s practice, but didn’t steer too in-depth on why he decided to make the switch.

“I’m not going to get into it,” Whisenhunt said. “Some of it has to do with Seattle and playing up there, having played against them once already this year.”

“There are a ton of factors and I’m not going to go into each one.”

CenturyLink Field is an extremely tough place to go into and come out victorious if you’re the Seahawks opposition.

Juding by Whisenhunt’s next set of comments; he clearly feels that Skelton is the Cardinals best option at quarterback on Sunday.

“John does a great job of, in the pocket, making some throws on the move,” Whisenhunt said. “We expect him to go up there and be prepared. We expect all of the guys to prepare and be ready to go.”

Skelton knows that this is a golden opportunity to show Whisenhunt and all his doubters that he deserves to be the starter for the remainder of the season.

Skelton says he’s been ready for Whisenhunt to call him upon him ever since he was pulled for Lindley a few weeks ago in Atlanta versus the Falcons.

“I’ve been ready the entire time, so whether it came to me or not, I was always going to be ready,” Skelton said.

Who among us likes being pulled from our job, only to be replaced with one of your co-workers? None of us. Kind of like Lindley feels right now according to Whisenhunt.

“He’s [Lindley] disappointed because he wants to play, but he understands,” Whisenhunt said. “I think that he’s a very sharp young man, very critical of the way he’s played, and he wants to be good. Those are all good signs.”

Lindley would be the first one to admit he played terribly against the Jets, so to him the decision to sit out this week was the right one to make.

“You’ve gotta respect the decision,” Lindley said. “When you don’t perform like that, you don’t have much ground to argue upon.”

“John’s gonna step up, do his thing,” Lindley said. “You accept it, I’m gonna go to work, be the backup and be there if they need me.”

Doubling back on what Whisenhunt said about the whole Seahawks atmosphere: Skelton remembers the games he’s played there in the past, and how tough an experience it was and how tough it will be on Sunday.

“The two years I’ve been there, it’s always just a dog fight playing those guys,” Skelton said. “They’re in the midst of a playoff run, they’re trying to make it in the postseason, so it will be a tough environment, but I think having a veteran at quarterback and the veterans on the o-line and the guys outside will really benefit us.”

Skelton’s had some time to watch tape of his past performances, and he’s figured out what he needs to do to improve himself and this offense.

Skelton preparing for biggest game of his NFL career

Beanie Wells says he’s “auditioning for a job somewhere else”