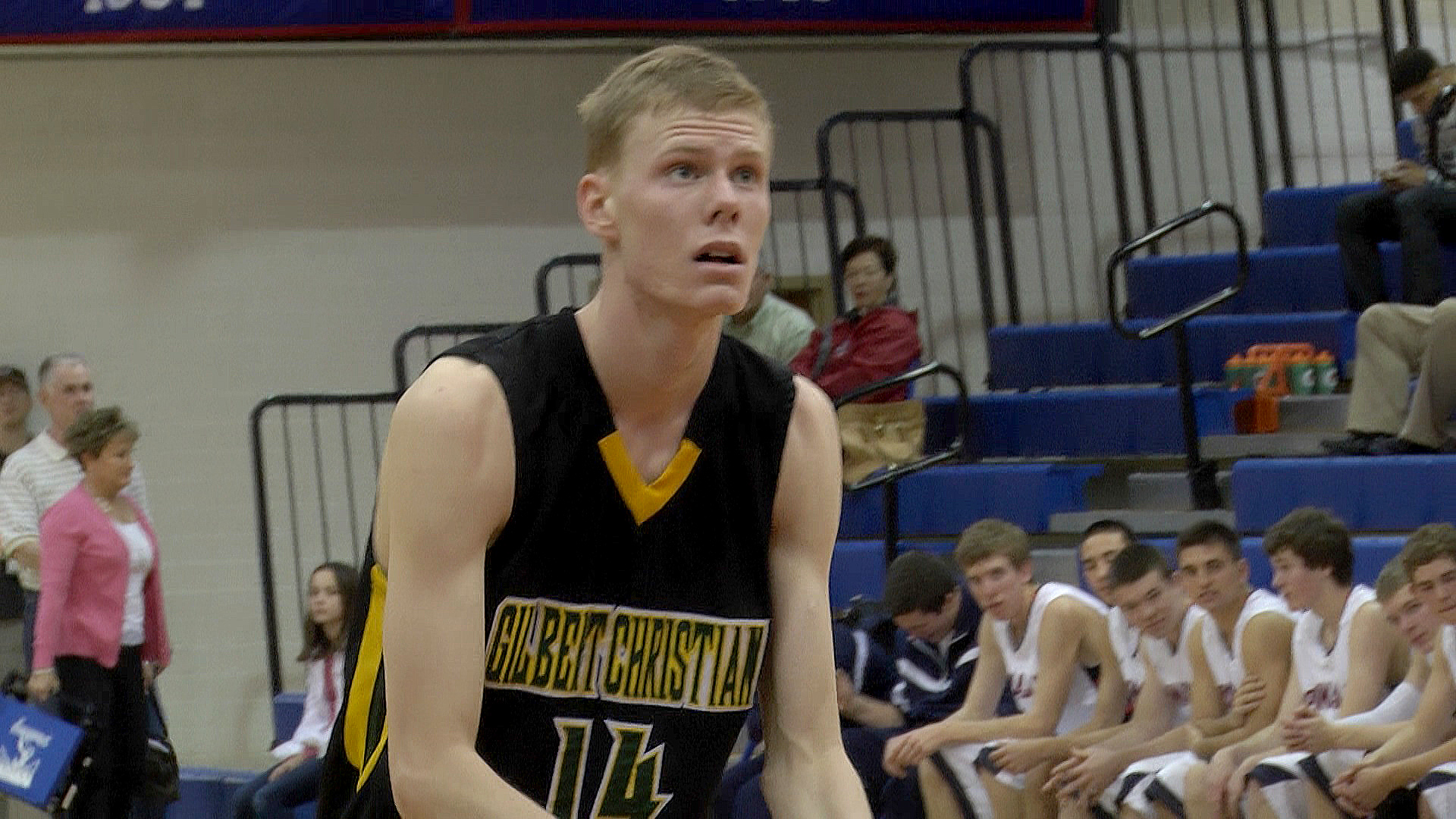 The defending state champion Gilbert Christian Knights are eyeing another title run with another loaded roster. Last season senior Conner Patterson lead the way for the Knights as one of only two seniors on the team.

With Patterson graduated, there is was a need for a leader. With so much talent on the roster, the person filling that void, is 6’7” junior forward Sam Jones.

“Really just becoming a team leader, becoming more vocal in practice and being smart,” said Jones. “The main thing is I can get mine, but I have to make sure our team is on cue and we are ready to go.”

Jones can get his whenever he wants. He is the full package shooting from everywhere on the floor, rebounding and getting after it defensively. But Jones and head coach Jerome Joseph think leading is what his team needs from him most, and getting his teammates involved is his number one priority.

Jones has received plenty of attention from division I schools including offers from UC Davis and Northern Arizona. He mentions he would like to stay on the west coast and the level of basketball with be big on his decision but it will not me the only attribute of a school he will be looking for.

“I want to be a physical therapist so a good medical school and somewhat close to home,” explained Jones. “I want to balance out school and basketball.”

Gilbert Christian has rolled through the competition in 2012 having won every game they have played in impressive fashion before losing to the first time to a division I team, Pinnacle, in the VisitMesa.com Basketball Challenge. With Jones leading the way, the Knight are the biggest contenders to repeat as champions in division III.