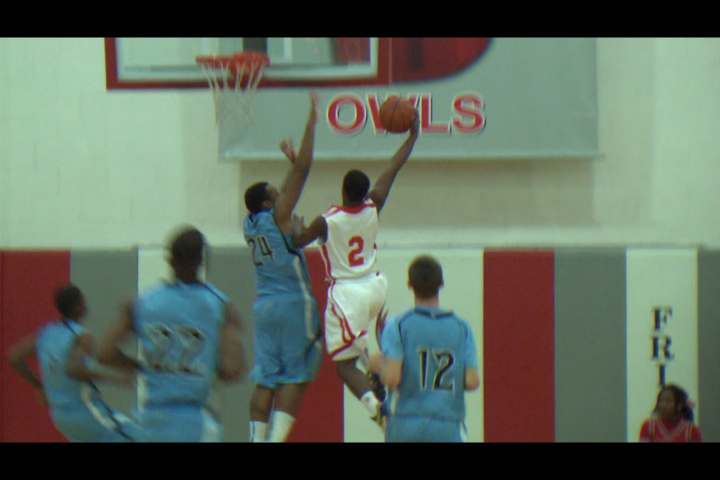 Hersey Hawkins led the NCAA in scoring while he was at Bradley. He also played in the NBA for 13 years and was an NBA All-Star.c His two oldest sons – Corey and Brandon – both earned Player of the Year honors during their time here in Arizona.

So what’s Devon Hawkins to do?

The youngest of Hersey’s sons has returned to play his senior season for the Wolves of Estrella Foothills.

Hawkins played his freshman ball in Goodyear, Ariz. His father was then hired away from Estrella Foothills – where he was an assistant coach – to become the Player Development Director for the Portland Trail Blazers, which meant Devon would have to go to Oregon as well.

Hawkins played high school basketball at West Linn High School in Oregon for two years before deciding to return to Arizona to finish out his career.

“I just wanted to come back and be comfortable where I was playing, and really enjoy my senior year playing basketball,” Hawkins said.

The operative word in that sentence being “enjoy.”

Hawkins said he enjoyed his time in Oregon, but it wasn’t all that he thought it should’ve been. “We had a lot of issues on that team,” Hawkins said. “Just coming back here, [I] got away from all of that.”

Hawkins said his brothers were the main proponents for him coming back to Arizona. They told him that he should come back and show teams what he truly had to offer, something he didn’t get to do in Oregon.

Hawkins describes the change as being a complete 180, leaving West Linn for Estrella Foothills.

“We all get along, we’re all just happy,” Hawkins said. “We’re playing basketball, the game we love. We’re not getting into any trouble. Just a great team.”

Hawkins must be ecstatic to be back, because he’s leading the team in points, rebounds and assists.

Hawkins says there’s pressure in trying to live up to what his father and his brothers did on the court, but he says he’s not scared of a challenge.

“Everyone expects me to be like they are, be even better than they are,” Hawkins said. “It’s a lot of fun being put to the challenge of having to try to produce like they did, I like it.”

Wolves head coach Rich Gutwein couldn’t be more pleased to have Hawkins leading his team, saying Hawkins has one of the “best basketball IQ’s” he’s ever had a chance to coach.

Gutwein says Hawkins is like an extension of his coaching staff when he’s out on the floor.

Hawkins says he has a few colleges who are taking a look at him, but he’s not focused on, or concerned about that right now. “I’m gonna go play throughout the season and see what happens,” Hawkins said.

His coach definitely believes he can play at the next level. “He would be an asset to any program, he really would be with his basketball skills,” Gutwein said. “We’re excited to see what the spring holds and later on in the year to see what kind of opportunities he might get.”

Even though his father is busy at work with the Blazers, Hawkins says his dad is never too busy where he can’t talk to his son.

“I talk to him before every game, after every game,” Hawkins said. “I tell him how I did, he’ll give me feedback.”

As far as following his father’s footsteps into the NBA, “If it happens, it happens. If it doesn’t, I’m not gonna make a big deal about it,” Hawkins said. “Just do whatever else I need to do and have a nice career in whatever.”