The Sun Devil soccer team is the perfect embodiment of a blue-collar team, scraping and clawing for everything they get.

The Lady Sun Devils started the season off on the wrong foot. They were 1-4-1, which is clearly not the way any team wants to get their season started.

However, the team got their mojo going, and made a second half/late season surge to make the NCAA Tournament, winning their last four games to extend their season.

Arizona State will host the third-seeded Baylor Lady Bears on Friday night at 7 p.m. It’s their sixth overall tournament appearance, and their third in the last four years.

Without that run, the ladies would be watching the tournament on TV or online instead of playing in it.

Head coach Kevin Boyd saw a season long progression in his girls, which he hopes to see carry over to the postseason.

“I thought, really more than the last five games, we started consistently playing very, very hard,” Boyd said. “We had everybody contributing, so it was happening across the board.”

Boyd said the mindset of the team changed as the season went on, which to him, seemed to fuel their victories.

“It felt like we’ve been in a playoff game for a number of games, because we knew we had to win those,” Boyd said. “The great thing is that this team had the character and not shy away from that.”

Freshman forward Cali Farquharson had a great first season for the Sun Devils. She led the team in points [22] and was tied with fellow forward Devin Marshall for the team lead in goals [9].

“We just came together and decided as a team that we needed to get some wins,” Farquharson said. “We were motivated to get into the tournament.”

As for her scoring successes this year, Farquharson gives total credit to her teammates.

“I couldn’t have done it without them,” Farquharson said. “Right place at the right time, they found me.”

Midfielder and Tucson, Ariz., native Taylor McCarter is one of nine seniors on the team. She’s excited to be in the tournament for yet another time.

“Incredible,” McCarter said. “It feels so good to make it back into the swing of things, because we’ve been headed in that direction.”

McCarter remembers back to the freshman and sophomore teams she played on, comparing them to this year’s team, which she says is just as talented a team as those tournament teams.

“I have a lot of faith in this team,” McCarter said. “I think the character of this team and what we’ve kind of gone through in the last half of this season I think puts us in a good spot.”

It’s great to make the “Big Dance,” but you’ve got to perform on the biggest stage of all.

You know Baylor will be looking to come to Tempe, Ariz., on Friday and be the only team standing at the end of the night.

Junior midfielder Holland Crook has the key to victory for the Sun Devils.

“I just think that we need to focus on our game, and play like ‘us’ and not get distracted,” Crook said. “There’s [going to be] a lot going on, there’s a lot of emotions and stuff, so kind of being able to focus on us is what I think we need to do.”

Very late on this. But my daughter made 1st team softball with unweighted GPA 4.0. ⭐️🤓 https://t.co/4UFolX5LAO
View on Twitter 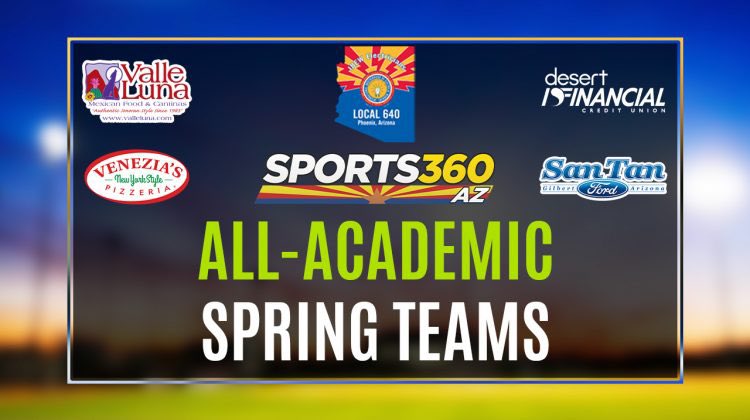 Sports360AZ @Sports360AZ
Thank you to everyone who sent in nominations and congratulations to all of the amazing student-athletes who got the job done in the classroom and on the field.