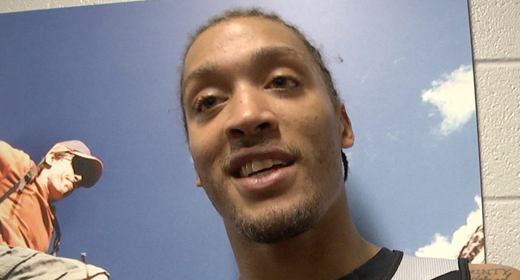 When on the same roster as Dwayne Wade and Kevin Love, Michael Beasley was not the number one scoring option on the roster. But being drafted number two over all, expectations of being an elite player in the league comes with the territory.

Beasley when with Miami and Minnesota was forced to make extra passes and create for others along with creating for himself. But the Suns coaching staff wants Beasley to be more aggressive than he has been in years past which is something he is trying to get used to.

“It’s kind of hard because my last two teams, they wanted me to pass up a shot or two,” said Beasley. “But here, they get mad.”

With the departure of Steve Nash, the Suns do not have a clear-cut number one option or proven star that can create for themselves and others on the roster. Many around the league, especially the Suns, think Beasley has the potential be an elite scorer. Gentry and the coaching staff are trying to bring that out of him. And so far Beasley is adjusting well to the Suns system.

“Basically they are just telling me to be aggressive,” explained Beasley. “Not shoot every time I touch the ball, but be aggressive and if the shot is there then take it.”

“He can dribble the ball, he can shoot, he can pass, for his size he is unbelievable,” mentioned Suns point guard Goran Dragic. “We just have to find him the right spot in that system and I think he is going to be fine.”

In that Suns system, Beasley believes he is able to do it all. Create and score off pick-n-roll, transition and in the half court. He also mentioned that he has the ability to rebound and get the ball out fast on the break.

“For me individually, I feel like I am flowing a lot better,” Beasley mentioned. “I’m being a lot more aggressive and it’s opening things up for my teammates.”

One more thing Michael Beasley can apparently do is sing. Recently, former teammate in Minnesota Ricky Rubio told the Associated Press that he doesn’t have to listen to Beasley’s singing anymore. Well Beasley responded…

“Rubio is lying if he says he doesn’t miss my singing,” said Beasley. “He loved my singing.”

This talent however isn’t something his new Suns teammates have gotten to know yet besides Wes Johnson who played with Beasley in Minnesota as well. But it will be something they will be getting used to.

“They got to,” Beasley stated. “Im such a good singer.”

Suns are 1-1 in the pre-season thus far as they are gearing up for the 2012-13 season and play two more games this week. Both on the road at Dallas and Oklahoma City.