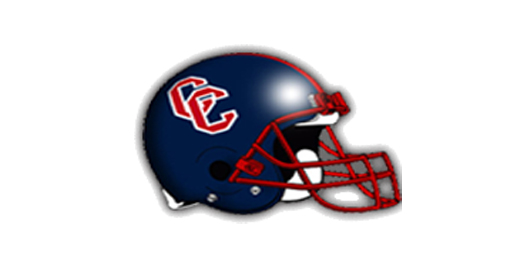 Since 2004, the Centennial Coyotes have never won less than 11 games in a season, while winning three state titles in that time span.

The Coyotes haven’t hoisted the state championship trophy since 2008, so they’re hungry and ready to get back to the top this year.

Head coach Richard Taylor is excited about his 2012 team, citing speed and depth as their biggest strengths.

“We have a lot of kids that worked really hard this winter and spring, so that’s given us depth,” Taylor said. “I think the thing that we’re searching for now is leadership and probably an identity on offense.”

Taylor can start figuring out who his leaders are by looking at his returning starters.

The Coyotes have eight returning starters, four on offense, and four on defense, including running back/defensive back Jalen Ortiz, who lit up his competition for 1187 yards rushing and 14 touchdowns last season.

Ortiz will have a strong offensive line to run behind this season. Among the horses up front, seniors Hayden Johnson and Spencer Nathe have both gotten offers from the Air Force Academy, while junior lineman Kamryn Bennett is looking to have another strong season as well.

On defense, linebacker Wes Westbrook is heading into his final season at Centennial, and according to Taylor, Westbrook will be the school’s all-time leading tackler, should he stay healthy through the entire season.

Junior defensive lineman Layth Friekh and  Bennett have had nearly 60 recruiters come on campus to take a look at them, and will be able to “name their ticket,” as to where they want to go, should their play stay consistent or raise up.

“They got good grades, and they have great size,” Taylor said. “The ingredients are there to have a chance at a run for a state championship.”

The Coyotes season starts on August 24, as they travel to Raymond S. Kellis to take on the Cougars.