Three dots on what I took away from Pac-12 Media day after talking with Arizona State head coach Todd Graham and UofA Rich Rodriguez on the show yesterday.

Graham didn’t seem to care that three first place votes were given to the Sun Devils, he told me the year he won the conference while at Tulsa they were picked to finish 9th in the preseason poll.

Rich-Rod has more faith in quarterback Matt Scott than I expected. There wasn’t a hint from the coach that he is uncomfortable with Scott leading this team.

Reading between the lines from Graham, I expect both Mike Bercovici and Michael Eubank to see time at quarterback early in the season.

I expect Rich Rod to make Kadeem Carey the featured back in his spread offense.

Junior Onyeli, a pass rushing machine still has “a few more boxes to check” before he is back with the Sun Devil team. He would be a big boost to the defense.

You can hear both interviews from Pac -12 Media Day below:

Taylor Kelly making a name for himself at ASU, nationally 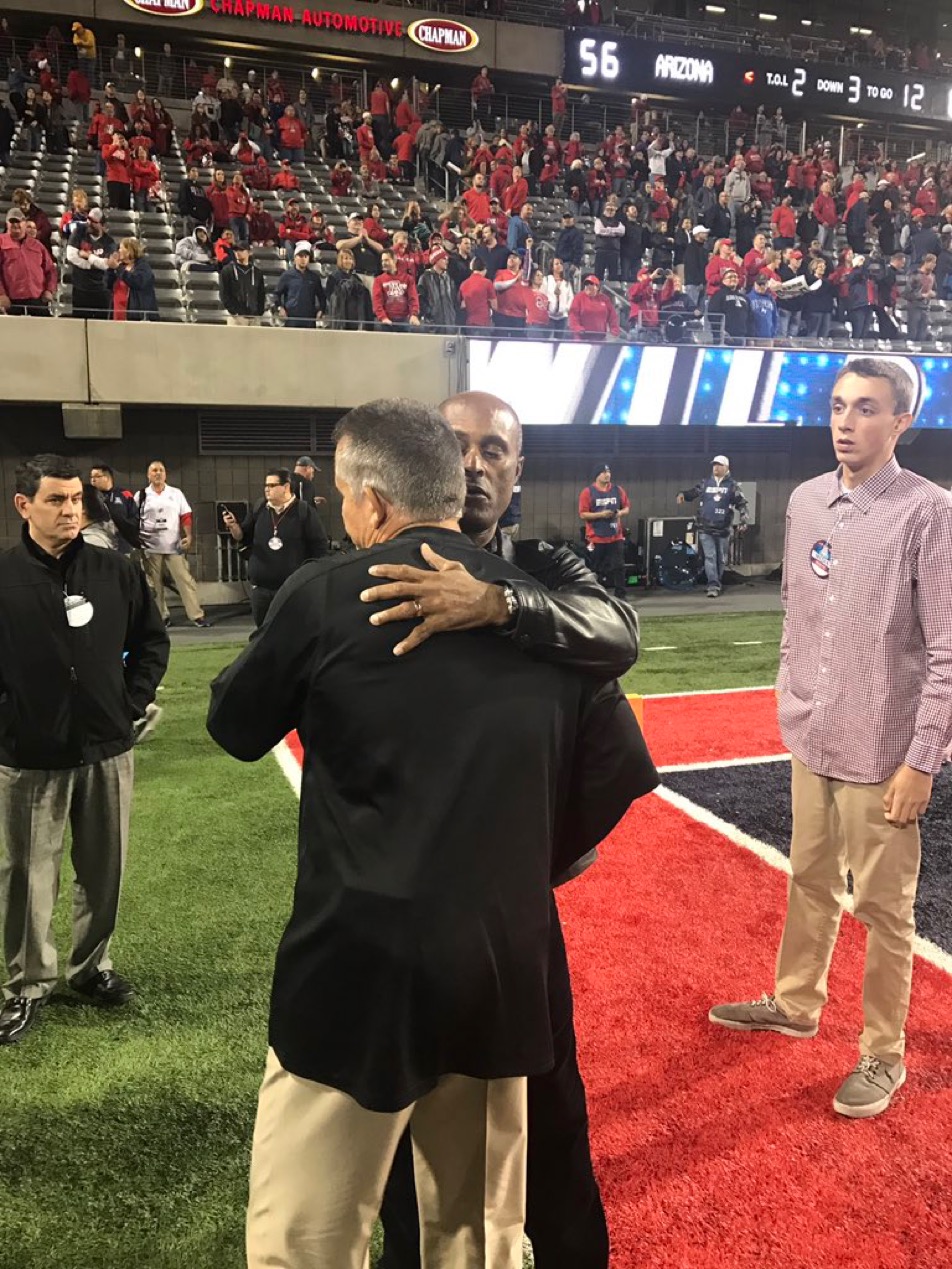